Mortality due to collisions with power lines affects waterbirds around the world.  This includes impacts to swans.  The primary mechanism by which avian collisions are mitigated is installation of line markers on power lines to increase their visibility to birds.  This approach has some drawbacks.  First, on large power lines, only the top wire can be marked, second marking often requires a helicopter, which is both dangerous and expensive, and third, collisions often persist despite the presence of line markers.  We hypothesized that using ultraviolet (UV) light to illuminate wires might be more effective in reducing avian collisions because UV light could shine on all wires, would not require a helicopter to install, and because UV light is not visible to people, would not make power lines more visible to nearby human residents. To evaluate this hypothesis, we installed a UV light source at a power line span crossing the Central Platte River at the Iain Nicolson Audubon Center at Rowe Sanctuary (Rowe), a major Sandhill Crane (Antigone canadensis) migratory stopover location near Gibbon, Nebraska. 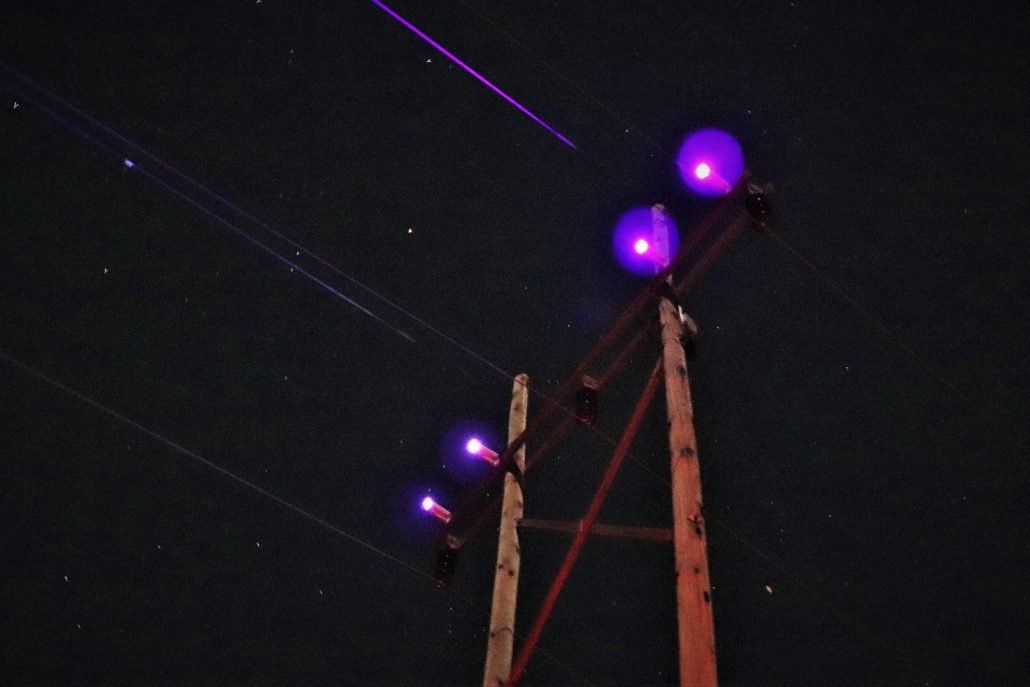 We observed 48 Sandhill Crane collisions and 217 dangerous flights of Sandhill Crane flocks during 19 nights when the ACAS was off, but just 1 collision and 39 dangerous flights during 19 nights when the ACAS was on. Thus, we documented a 98% decrease in collisions.  Importantly, we also documented fewer Sandhill Cranes within the collision risk zone of the wires, but in a qualitative assessment, we did not observe any reduction in Sandhill Cranes in the nearby landscape; cranes avoided only the power line, with no other behavior impacts.  We hope UV illumination of power lines will be effective with other species and species groups, like swans, and we are seeking additional test locations. 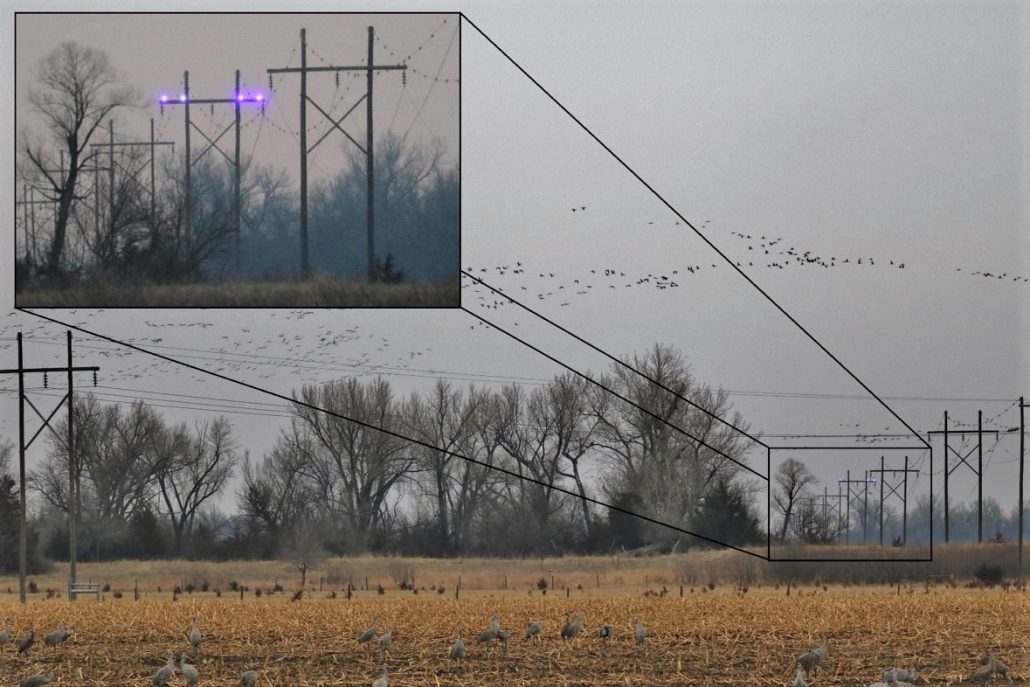 More recently, we have begun using a specially modified Unmanned Aircraft System (UAS; a.k.a. “drone”) to install line markers on power lines.  It might be that a combination of mitigation measures, including UV light and UAS-installed line markers designed to work with that light may be more effective than either approach alone, and more effective than any previous approach.  For more information see publications at the following links, or contact James Dwyer at jdwyer@edmlink.com.