Around the weekend of 14/15 December the Swan Specialist Group held a coordinated count in Europe to find out how many cygnets were born this year. The NW European wintering population has been declining since the mid-1990s. 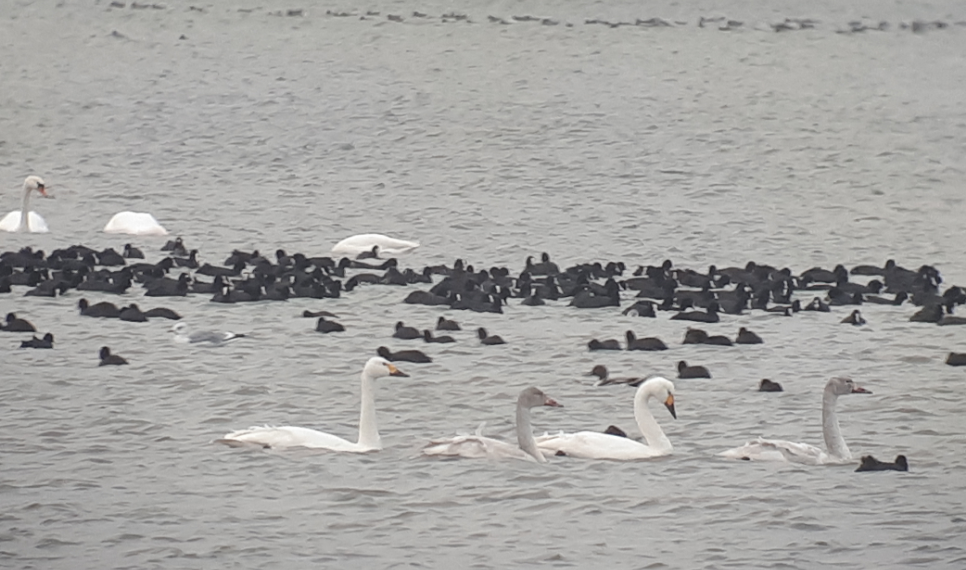 To try to understand this decrease, it is important to know what the population structure is. We therefore held an age count in the main wintering countries to assess breeding success for the whole population. More countries along the flyway have been involved in recent years as climate change has brought warmer winters causing birds to winter further east. Therefore, traditionally important wintering areas, like the UK and the Netherlands, are of less importance nowadays. At the moment there are still Bewick’s Swans wintering in Estonia, Latvia, Lithuania and Poland, where previously, it was too cold to winter in December. And Germany has taken the lead when it comes to wintering numbers. So baselines are shifting very fast, which is the reason why the swans don’t flock to the UK in the big numbers that they used to. Preliminary results from the age count indicate that it is again a poor year for the reproduction of this population. In the Netherlands, the juvenile percentage is around 4% (with 2,500 birds checked), and in the UK 5% (400 birds checked), which is far too low for a sustainable population. More figures are to be collated, but the alarm bells are ringing for the population after a few years of very low recruitment.