Stopovers of Swans (Cygnus cygnus and C. bewickii) (Anatidae, Aves) in the Agricultural Landscape of Southern Karelia during the Spring Migration

Two species of swans (Whooper swan and Bewick’s swan) migrate through Karelia, NW Russia. Their spring migrations were studied on farmland near the town of Olonets during the years 1997–2018. Usually, the majority of swans cross this territory in transit, and only a small portion of the birds stay to feed for 1–2 days in different places. The nearest stopover is Svir Bay of Lake Ladoga. 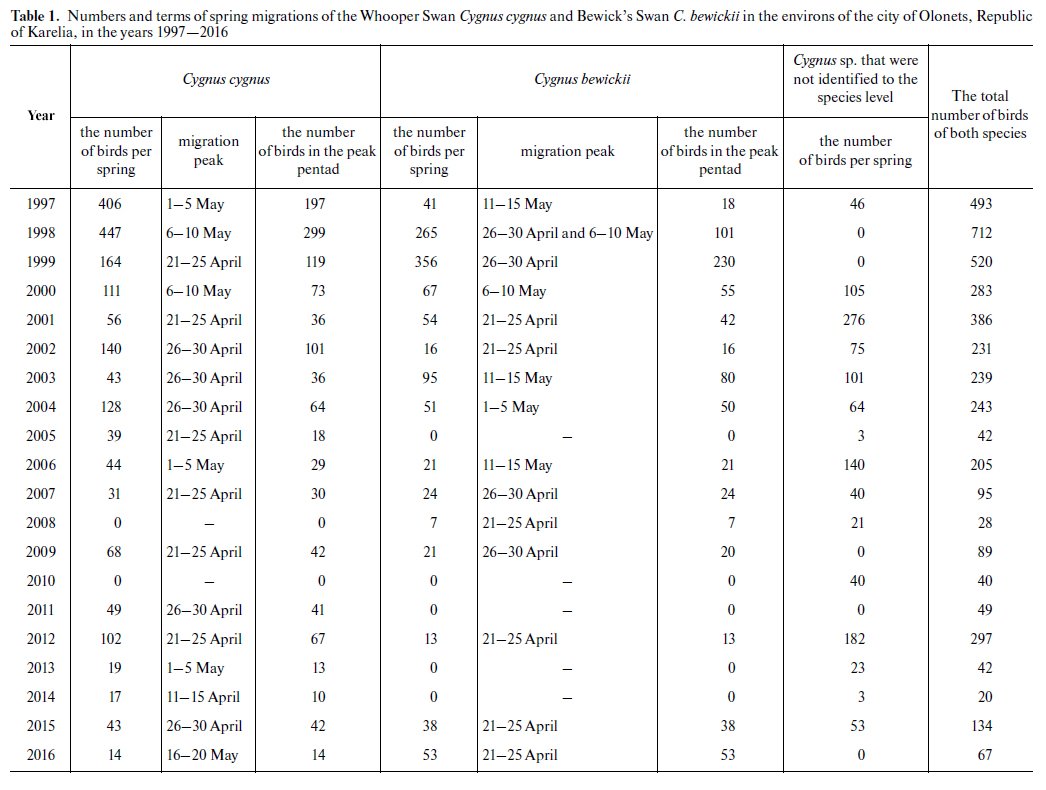 In 2017, there was a mass migration stopover of swans in the fields. 340 to 1328 individuals per day were counted there for 11 days, the majority of which (about 90%) were Bewick’s swans. It was established that such a high concentration of swans in the fields was the result of an unfavourable ecological situation in the region at the beginning of their mass migration. The traditional migration stopover sites were blocked by floating ice in the shallow waters of Lake Ladoga, unusually cold weather in the second half of April and ice-covered water bodies in the northern part of the migratory route, which hindered the migration of birds to their breeding grounds. In such a situation, the swans were forced to look for new places of feeding and concentrated in the most favourable (for this purpose) grounds of the agricultural landscape. 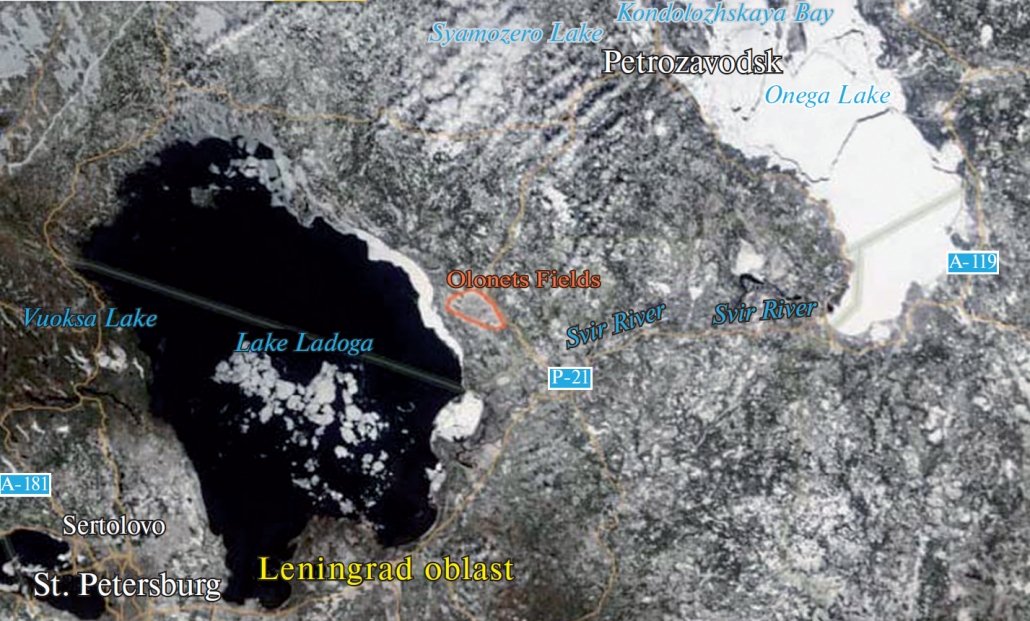 In spring 2018 in the outskirts of Oloneth, we registered 290 Bewick’s swans, 57 Whooper swans, and 30 swans not defined to the species level. About half of these birds crossed the fields in transit. 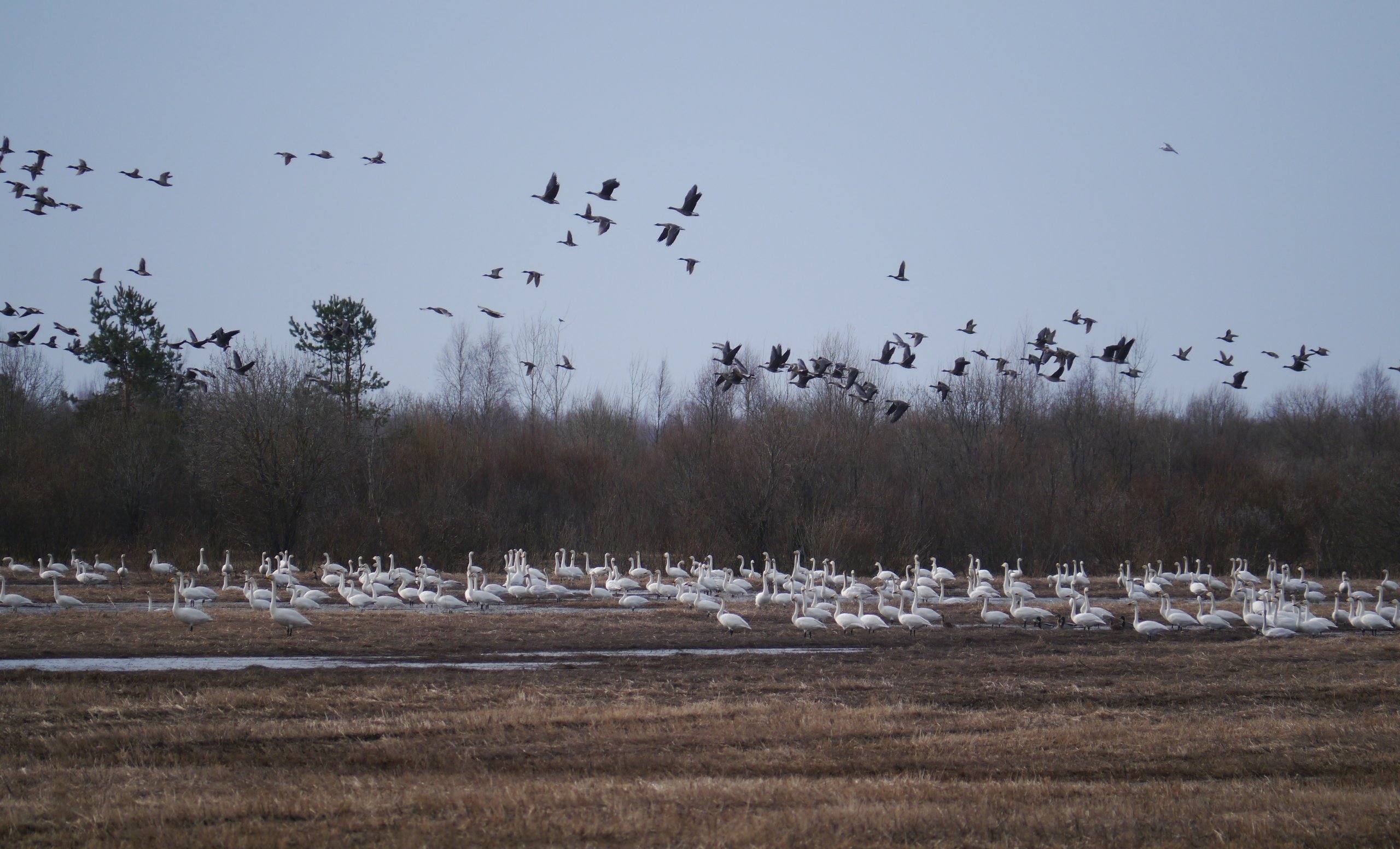 Our observations have shown that the swans can change the traditional places of spring migration stopovers under the influence of external conditions and adapt to new territories that they have not previously used. 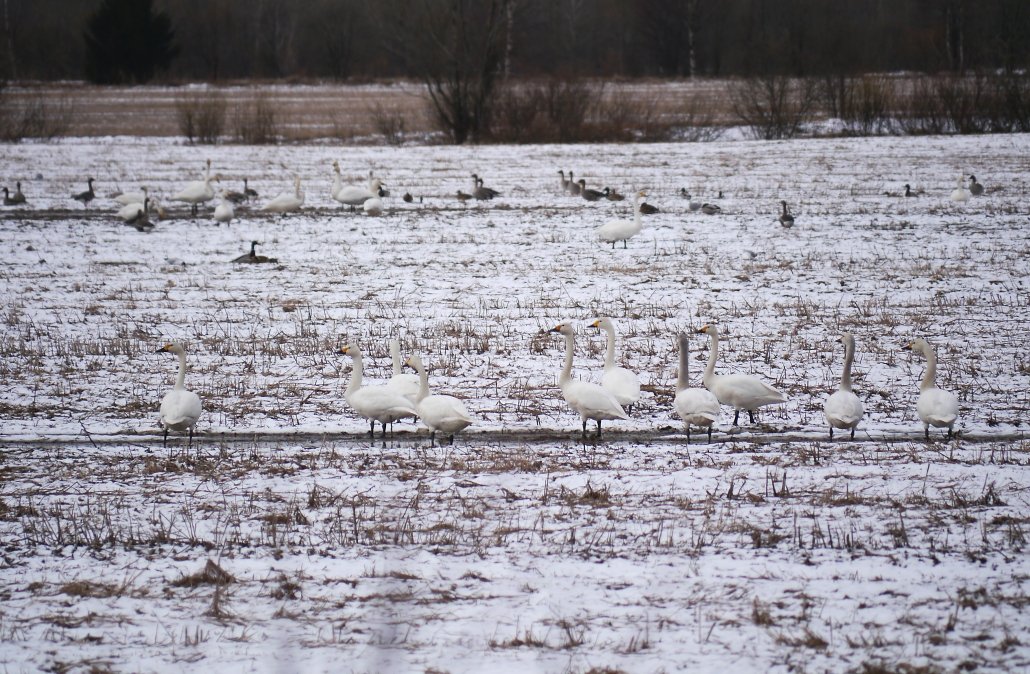 If the usual phenological conditions persist in the region in the future, such significant concentrations of these birds in the agricultural landscape are not expected. The numbers of Bewick’s swans that stopped in the Olonets fields in 2017 exceeded the value indicated in criterion B6 of the Ramsar Convention on Wetlands of International Importance; however, there are no grounds for using it, since such a significant number of birds did not use this territory regularly.

Return of the Swan
Scroll to top