By Carlos Velásquez and Eduardo Jaramillo

The Black-necked Swan Cygnus melancoryphus is an aquatic herbivorous bird, native of the southern tip of South America. Feces collected from 152 swans during six dates between 2012 and 2017 at the Ramsar site of the Río Cruces wetland, south central Chile (ca. 39˚S), were examined under the microscope (microhistological analysis), to test the hypothesis that swan´s consumption is related to macrophyte cover within the wetland. 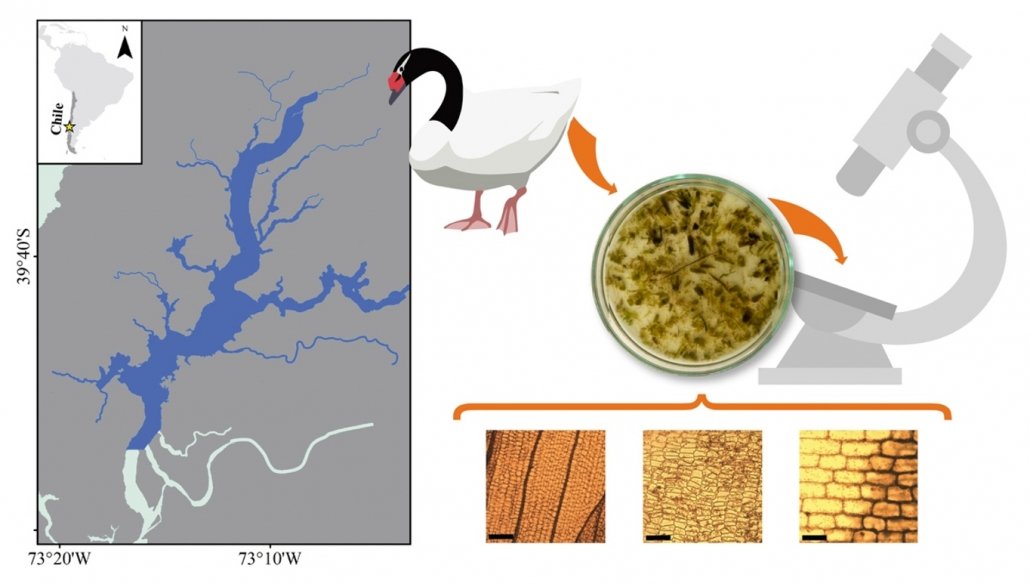 The results showed that dietary items were composed of six macrophyte species representing four life forms. However, remains of just the submerged Egeria densa Planch and Potamogeton pusillus L. as well as those of the floating Potamogeton lucens L. were always present at the examined feces. The pattern of macrophyte occurrence in swan´s feces correlated positively with the spatial cover of those macrophytes, as inferred from analyses of remote sensing data. Since swans consume macrophytes according to their abundance, it is argued that food items consumed by black-necked swans can be used as proxy to monitor spatio temporal variability in the cover of those plants along coastal wetlands, where C. melancoryphus use to live as a permanent resident. Moreover, the close relationships found in this study – swan´s food and macrophyte cover – highlight the need to preserve shallow bottoms, since those are the habitat where most of aquatic macrophytes – the primary food source for swans in Chilean wetlands – flourish. 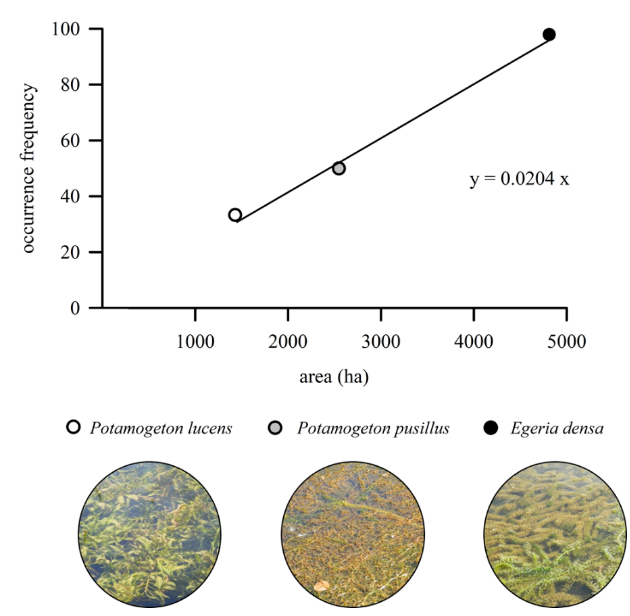 The full article can be found here.