Colour marking of Bewick’s Swans on the West Pacific Flyway

The project aims to estimate the survival of adult and juvenile Bewick’s Swans and see whether this varied according to the type of marker fitted.

The West Pacific Flyway of the Bewick’s swan connects tundra between Indigirka River in the West (175o W) and Koluchin Bay in the East (175o W) to the wintering grounds in Japan. In 2016-2020 we captured and marked 234 swans: 155 adults and 64 offspring. The marking site is located in the Chaun River delta, Chukotka, Russia (68o N, 170o E). Among offspring 23 birds were equipped with Ornitela GPS/GSM trackers (white neck collars) and red leg rings and 36 birds were equipped with just red leg rings. Among adults, 118 birds were marked with trackers and red leg rings, 23 birds with red neck collars and 26 birds with red leg bands. Eighty-one birds were resighted out of 181 birds marked in 2016-2019. We expect Japanese colleagues and birding clubs to continue reporting marked swans in following winters. Survival and resighting probabilities will be estimated for different age groups and different mark types. Only visual observations at either wintering grounds (Japan) or breeding grounds (Chaun delta) will be used for the demographic estimations to avoid bias from known swan fates obtained by tracking. 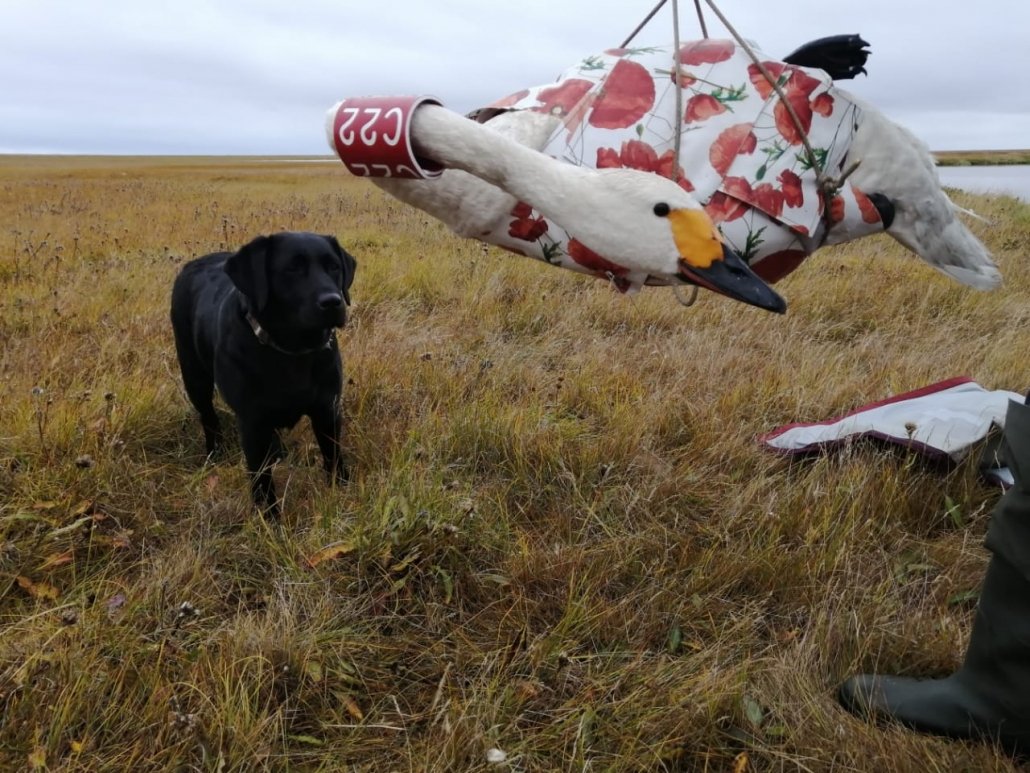 Plastic trackers started to fall from swans in their third year, so some birds are now only carrying leg rings. We expect resightings of swans with just leg bands might be reduced compared to swans with bright neck collars and white neck collars (trackers). Here we ask Japanese birders to pay attention to the legs of swans.

The project was supported by GPS/GSM trackers via a partnership with Research Center for Eco-Environmental Sciences, Chinese Academy of Sciences (Prof. Cao Lei), and colour plastic rings and collars were kindly donated by US Geological Service (Drs Craig Ely and Sarah Sonstagen).

Dietary habits of the black-necked swan