A flock of Bewick’s swans which had begun their epic migration from Slimbridge Wetland Centre in the UK to the Russian arctic tundra have turned back to avoid the latest ‘Beast from the East’. 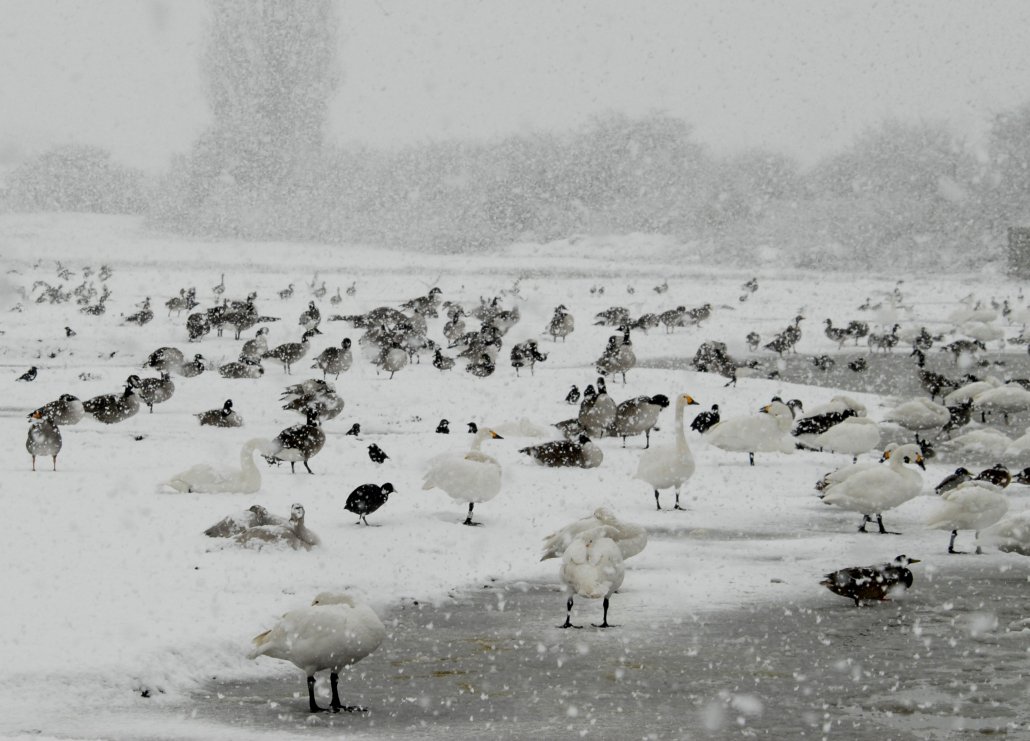 Conservationists at the Wildfowl and Wetlands Trust noted that of 20 birds which had set off purposefully north last week, 12 had reappeared four days later. 11 had previously left from Slimbridge, with one new Bewick’s swan tagging along, which staff have now named Darcy. Every year, Bewick’s swans fly 4000km to the UK to escape the harsh Russian weather and voyage back there in early spring to breed. They are triggered to leave by the lengthening days but rarely have to abort their journey, a behaviour known as a ‘reverse migration’’

Waterbirds in the UK Report
Scroll to top