A novel observation: an interaction between trumpeter swans and sandhill cranes

On May 11, 2019,  Sandra Lines, and I from Winona, MN, witnessed an unusual natural event in the Whitewater Wildlife Management Area near Weaver, MN,  about 25 miles north of Winona, Minnesota, USA. The unpaved road had recently opened after being closed due to high water that spring. At the Dorman Pools we observed an active Trumpeter Swan (Cygnus buccinator) nest.  We also saw an active Greater Sandhill Crane (Antigone canadensis tabida) nest approximately 50 yards to one side, apparently built on an old muskrat nest. Both nests were clearly visible, though about 100 yards away, and our presence did not appear to affect them.

As I observed and photographed the area, I saw that one crane was on the nest, and the other nearby. Soon, the nearby crane moved toward the nest, and I thought they were going to change places.  I took several photos as they moved around, and I could see an egg on the nest. It wasn’t until looking at my photos later that I saw there was also a very small chick, recently hatched.

In the meantime, the swan had left its nest, and the two swans were swimming in the area, and at one point flew up briefly. After about twenty minutes, I saw the cranes were in an alert posture, one on the nest, the other in the water facing the swan nest, and I saw the swans swimming toward them. The swans were clearly on the attack! The cranes put up a fight in the water, but the attack quickly moved to their nest. One crane tried  to protect the egg  despite the much larger swan overpowering it and biting it. At one point, both swans were on the crane nest, with one crane still on it. The other crane had flown away. Soon the crane on the nest left, and a triumphant swan was alone on the crane nest.

The crane chick had disappeared and I never saw it again. The cranes were forced to leave the nest and both flew off. One of them tried to fight the swans, without results. One of the cranes flew in front of us, and my photo shows it looking disheveled. Soon it turned back and another photo shows its beak open, calling for its mate. The crane returned to its empty nest. The swans returned to their nest.

I reviewed my photos looking for clues that might explain this attack. I found one where what looks like a Canada Goose (Branta canadensis) flying behind one of the swans, but I couldn’t see anything in  photos prior to the attack that indicated the cranes and swans were in close contact.

G. Degtyarev, S. M. Sleptsov, and A. E. Pshennikov (2013) documented two interactions between nesting Siberian Cranes (Grus leucogeranus) and Bewick’s Swans (Cygnus columbianus bewickii) in the lower Indigirka River basin, Yakutia, Russia. In one case the crane chased an adult Bewick’s Swan away from its nest on a small (50x100m) pond. In a second incident, a Bewick’s swan cob repeatedly chased a foraging Siberian Crane away from it’s nest. In this case, the crane never approached closer than ~80m, and prolonged chases by the swan lasted over 2.5hr and covered ~ 1km. K. Wood (Wildfowl and Wetlands Trust, pers. comm.) also passed on a second-hand observation at Slimbridge, UK where a Mute Swan (Cygnus olor) approached and threatened a nesting Common Crane (Grus grus), only to retreat when the crane presented threatening behavior. Thus, while swan-crane interactions on breeding sites are not unknown, they are not common, and none showed the violence of the attack we documented in Minnesota. (Editor’s note)

What precipitated the Trumpeter Swans attack on the Sandhill Cranes is unknown. Trumpeter Swans are known to defend their territories and cygnets against a variety of other species (Mitchell and Eichholz 2020). Based on when the respective young hatched, (the swans’ seven cygnets hatched about two weeks later)  the cranes and swans had been in the same area for about one month. One speculation is that the hatching of the crane chick upset the swans for some reason.

This comment came from a  knowledgeable friend: “ It  (the attack) was POSSIBLY the coming together of 2 unusual circumstances: 1) high water flooded preferred grassy wetland nesting habitat for cranes and 2) they chose to nest, atypically, on a muskrat house rather than a more cryptic nest platform they make themselves. It seems unusual that the cranes chose to nest near a trumpeter swan nest; swans, particularly Mute Swans, are known to exclude nesting waterfowl from their territories; swans are heavier and stronger than cranes, so it is not unusual that they would be able to drive the cranes away. Cranes have a formidable bill that could have had impact on the swans but your photos did not show the cranes attempting to peck the swans. A back story is the high water, a symptom of climate change, restricting bird accessibility to preferred nesting habitat. This observation would need to be supported by ecologists and climate experts

It is interesting that both these species are expanding their breeding range and numbers in MN, even with this incidence in mind. Newly flooded wet meadows and flooded marginal crop land (not yet drained) may actually provide more crane habitat, unless farmers stay ahead of the flooding with more efficient drainage.” ( Eric Nelson, U.S. Fish and Wildlife Service, pers. comm.)

In a photo taken prior to the attack, I saw a Canada Goose  nest behind the swan nest, and much closer to it than the crane nest was. Apparently that posed no perceived threat to the nesting swans.

This unique natural event provides more questions than answers. I felt privileged to witness and photograph it.

Photos Follow. The numbers following the captions are the times the images were taken, Eastern Standard Time, from my camera. 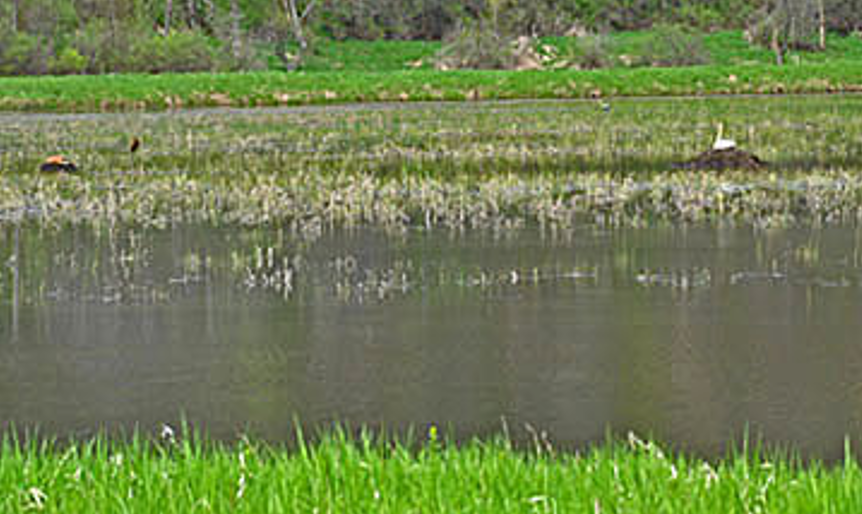 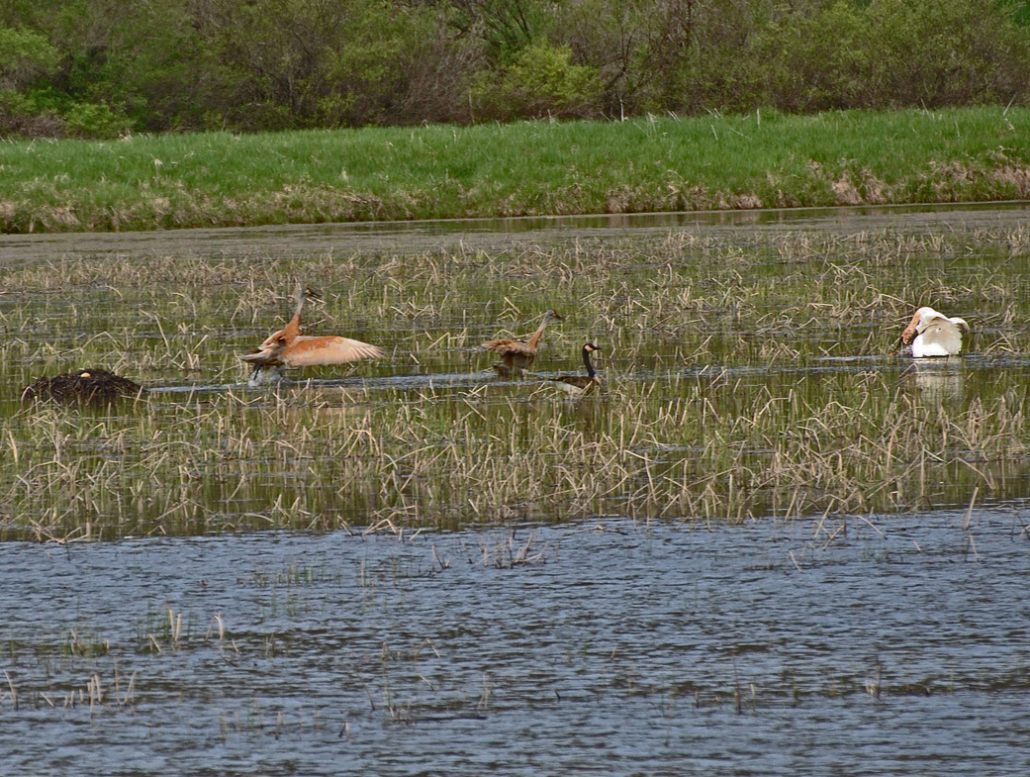 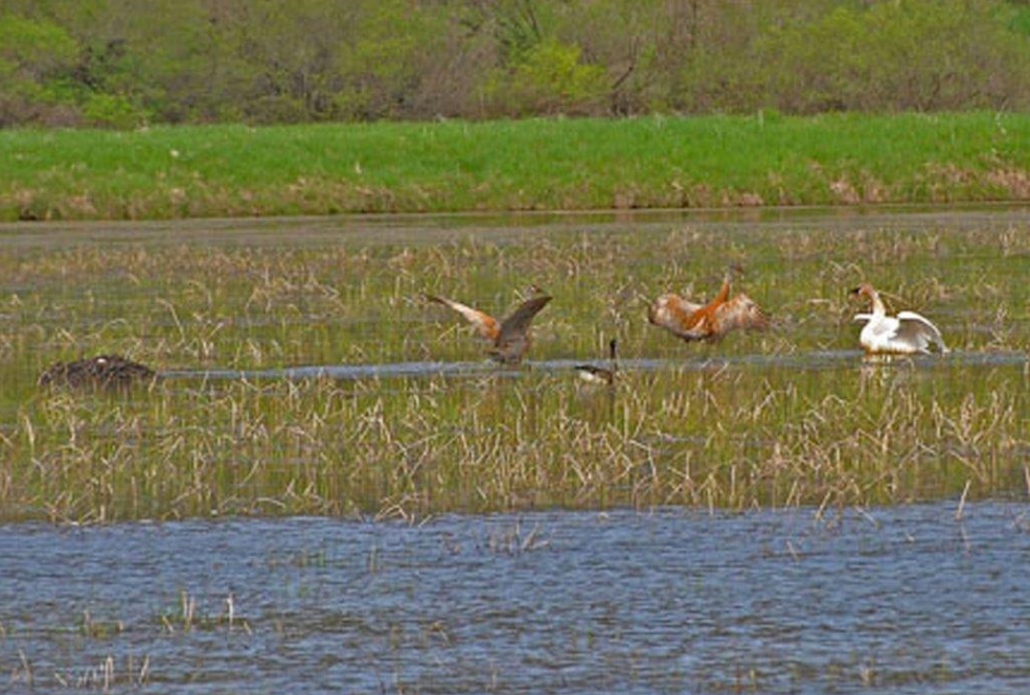 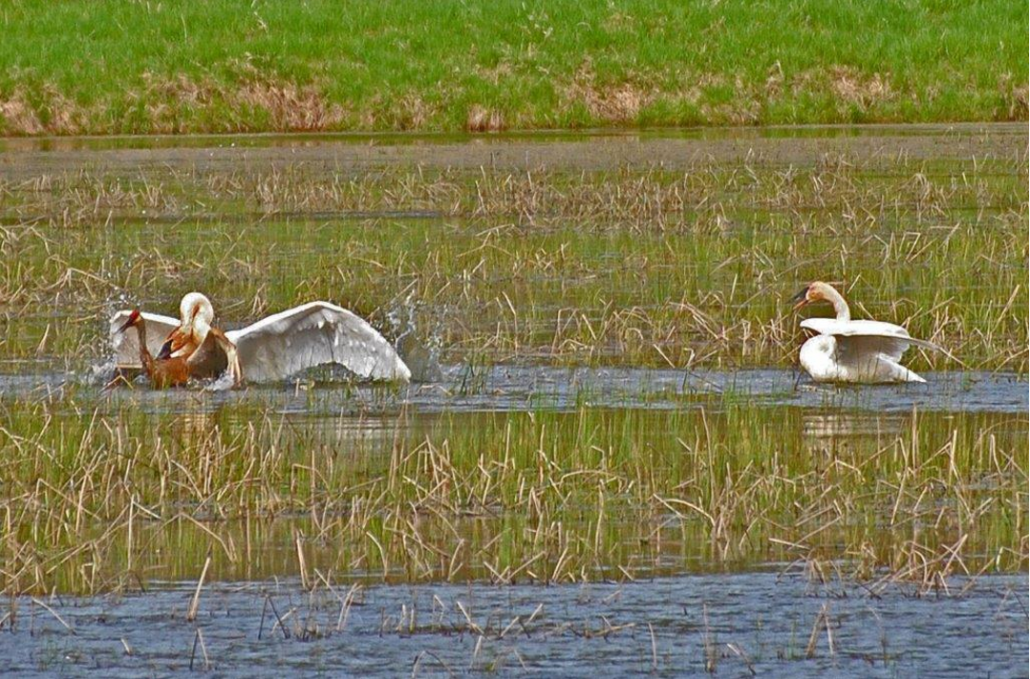 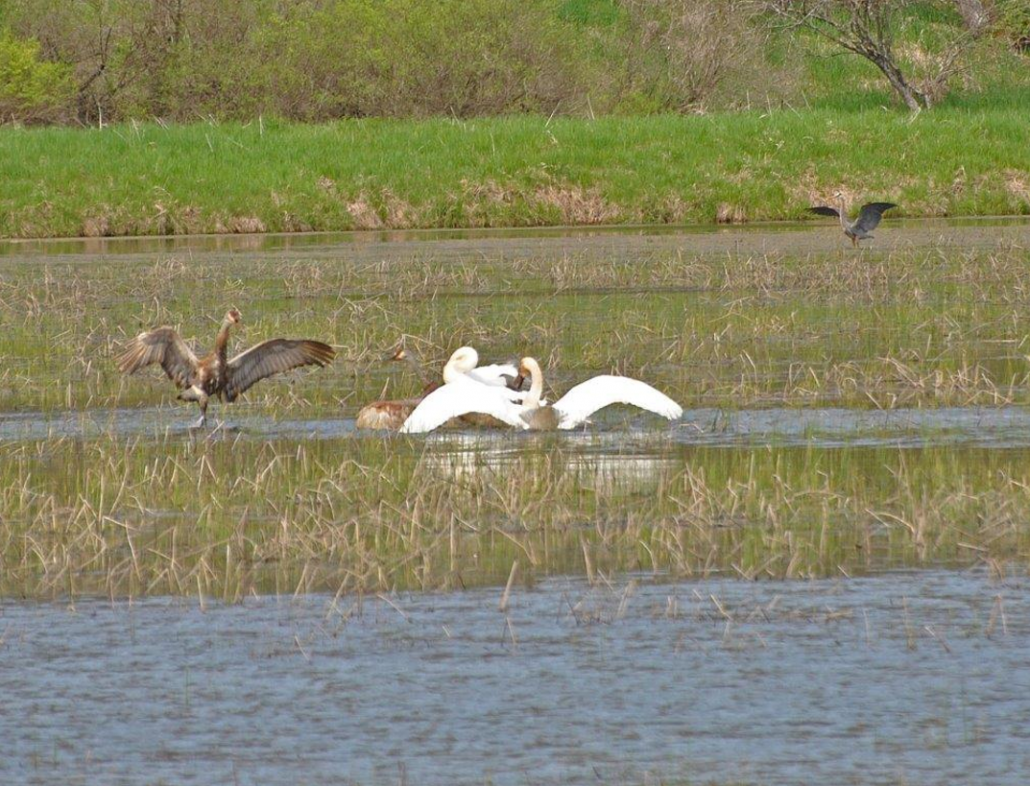 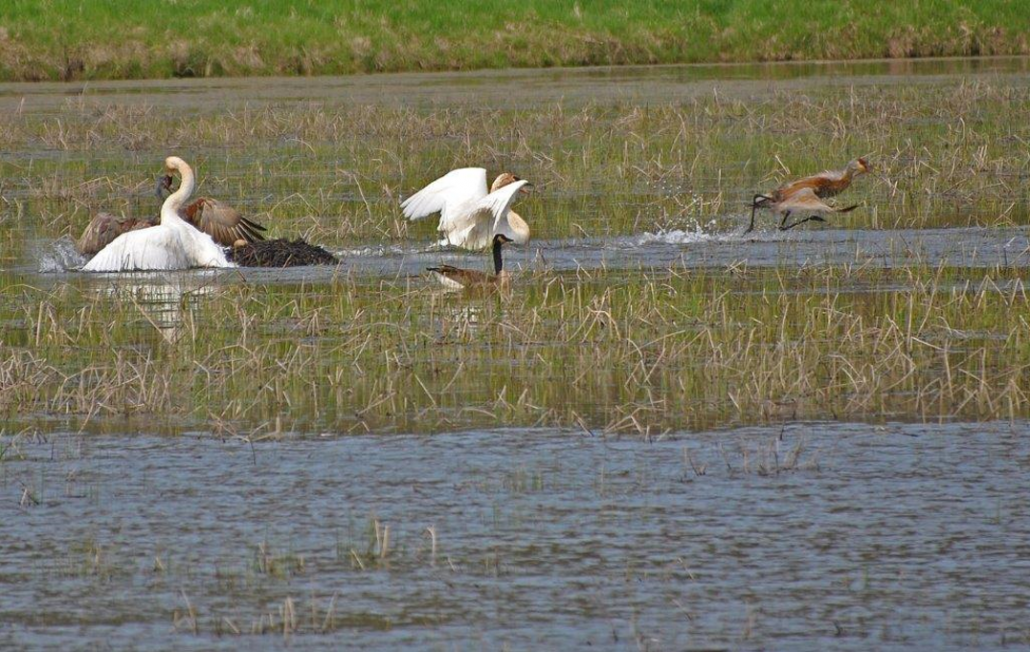 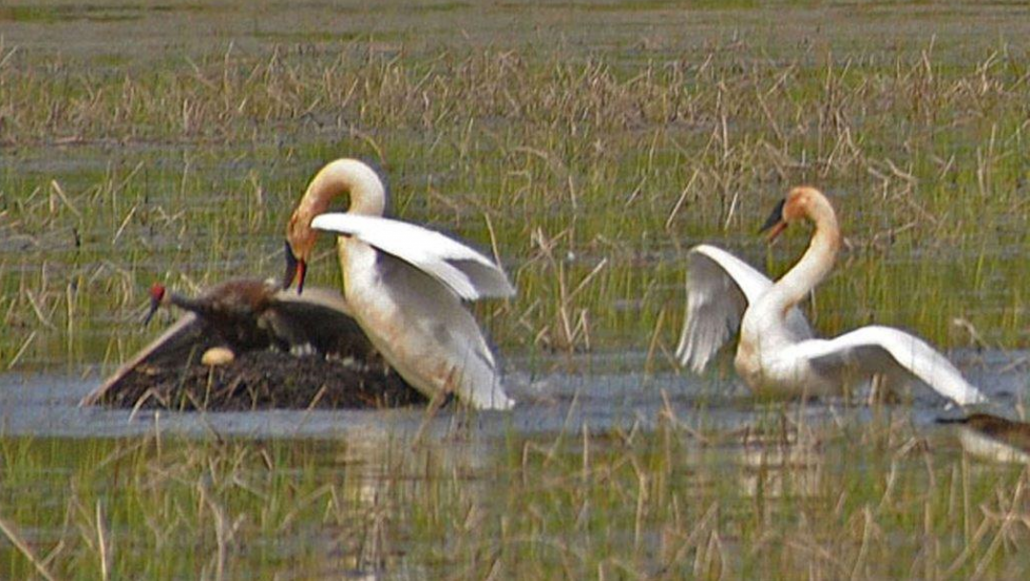 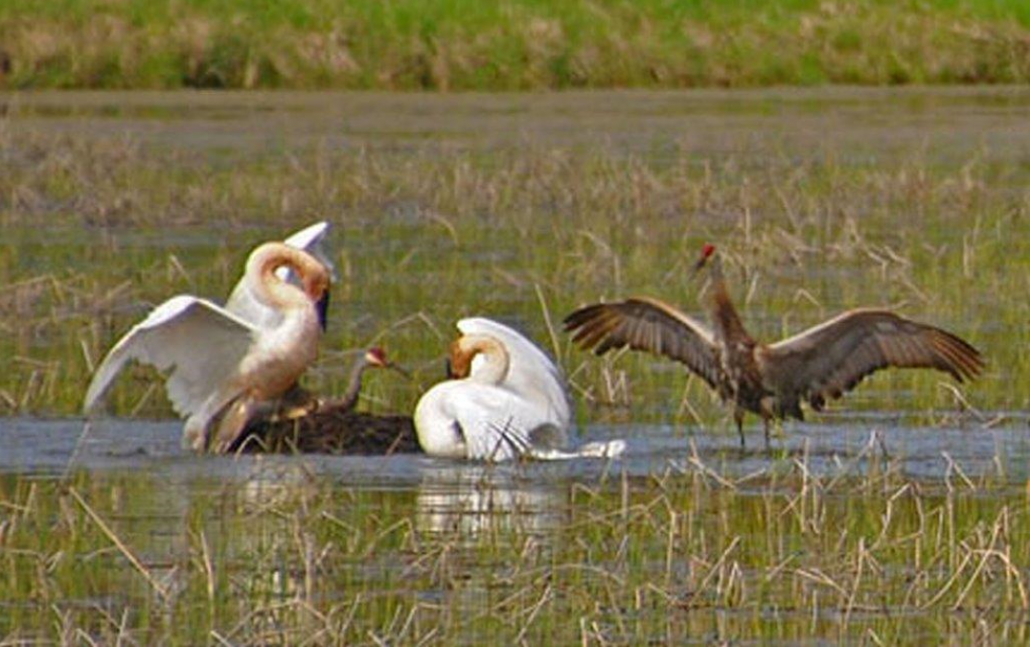 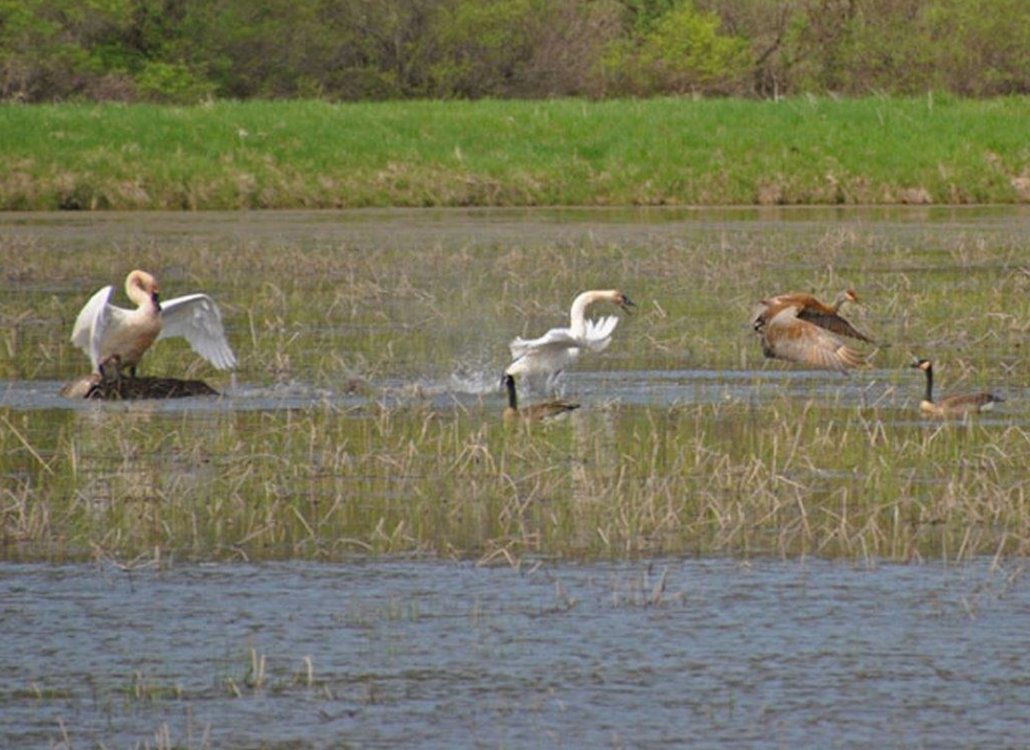 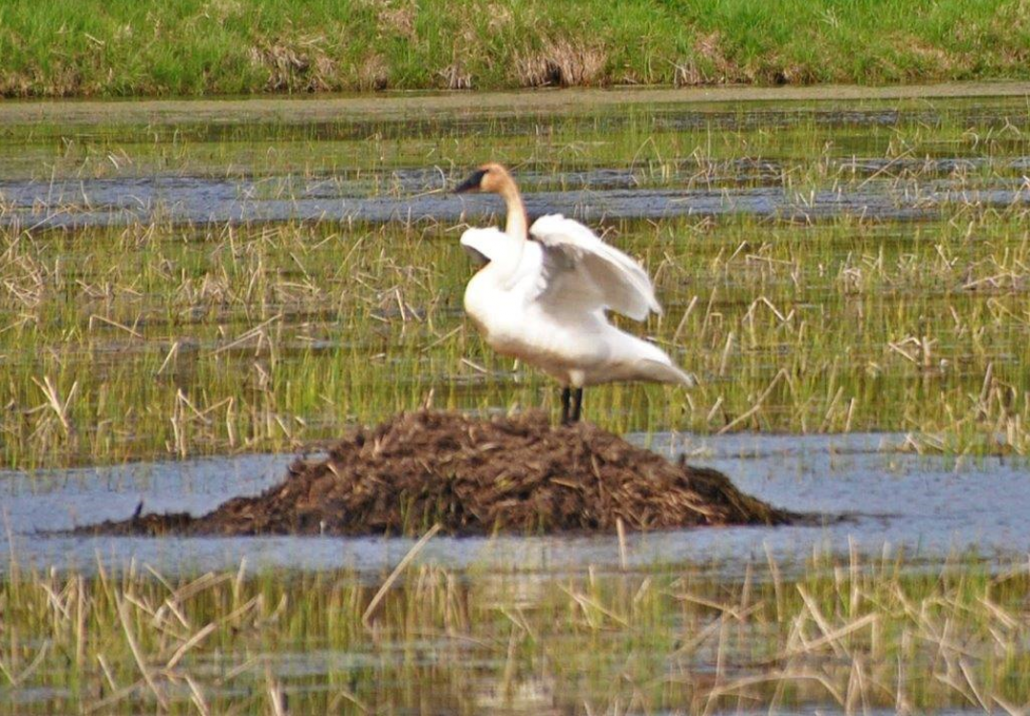 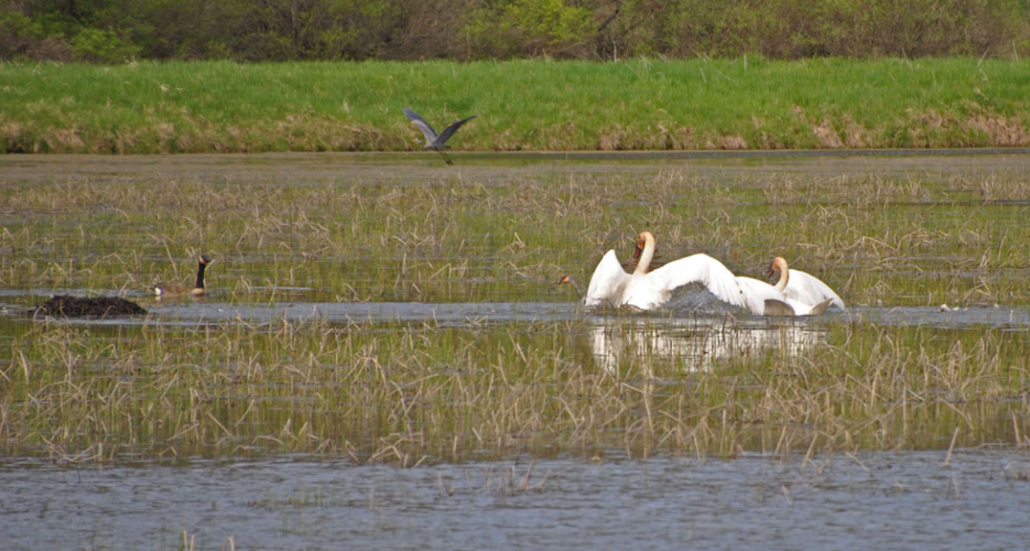 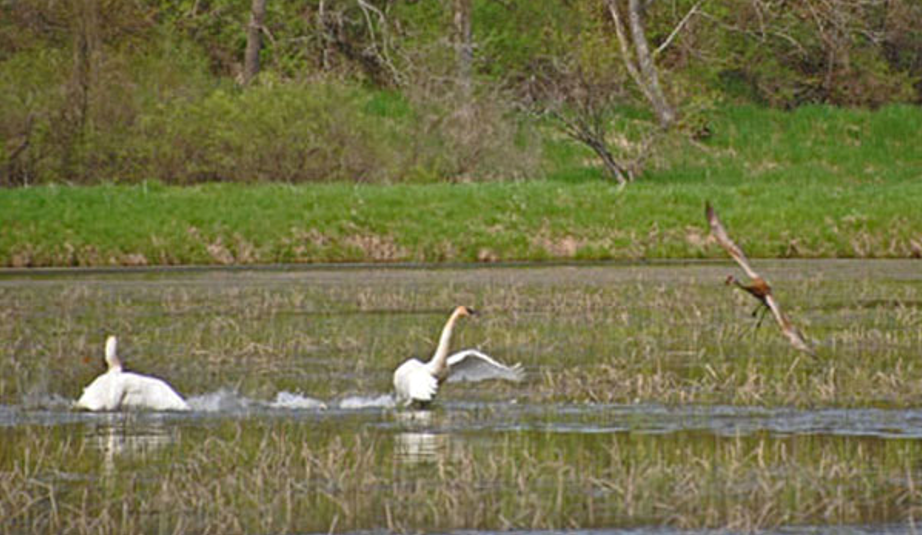 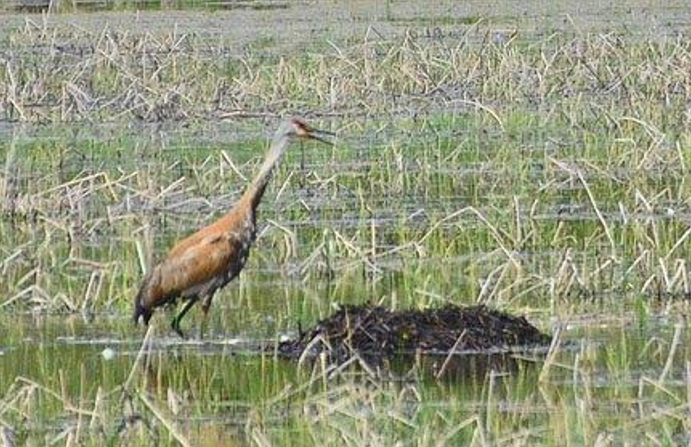 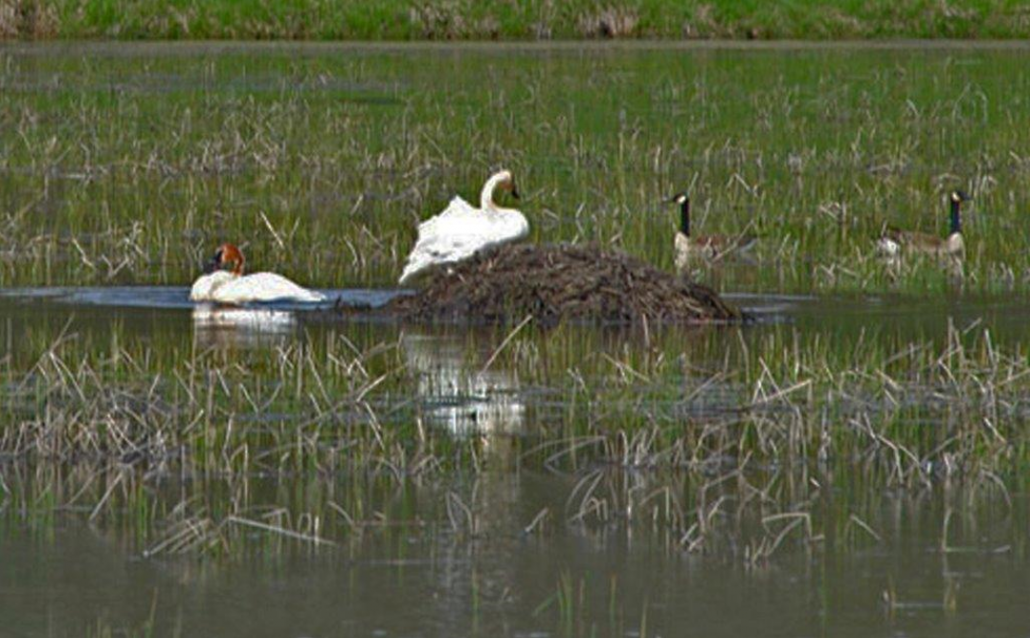 Reproductive ecology of the black-necked swan
Scroll to top