A tribute to Arnthor Gardarsson 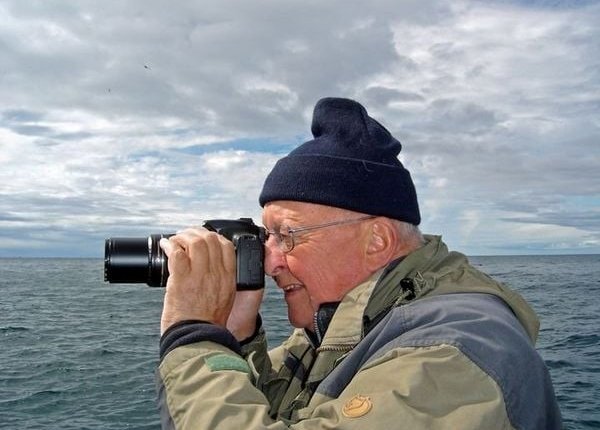 Professor emeritus Arnthor Gardarsson, of the University of Iceland, passed away 1 January, 83 years old. Arnthor was known to the waterfowl community through his work on duck populations, especially Eurasian Wigeon breeding at Lake Myvatn.

Arnthor’s research spanned many fields. He studied polychaetes in shallow inshore waters, led ecological research at Thjorsarver prior to hydropower development and then founded the monitoring program of the unique and waterfowl-rich Lake Mývatn Ecosystem. Later in his career he shifted his focus towards the seabird populations of Iceland and laid the foundations of the present-day monitoring program. In addition to his scientific publications, he took numerous photographs of all the birdcliffs in Iceland, which have proven invaluable in evaluating population changes of the last decades.

Arnthor remained active in research until his very final years. He was a unique and memorable teacher. He mentored me and most of my Icelandic colleagues in the fields of ecology and zoology. Arnthor always had the time, and his advice and insights were unique. He was well liked and was known as a kind and remarkable man.

Arnthor held many positions in his career. He chaired the biology department at UI 1978-1980, was president of the faculty of sciences 1987-1989 and chairman of the Icelandic Society for Natural History 1972-1976. He was also invaluable in nature conservation, twice a member of the board of Nature Conservation and its chairman 1990-1996. He campaigned for protection of wetlands and the protective statuses of Thjorsarver and the Lake Mývatn-Laxá River ecosystems. Arnthor received many honors late in his career from most of our institutions and societies dealing with nature conservation and natural research.

I first met Arnthor when I was a biology student in 1995, when I took his zoology class and later participated in duck counts at Lake Mývatn. I worked for him 1997-2000 as an RA and did my master’s thesis under his supervision. We went on many long but unforgettable field trips and his words often come back to me when I drive these same paths today. He counted birds on land and from the air and thanks to that, I have seen much of Iceland from a low-flying airplane. Later, we collaborated on research on common eider and cormorant. Those who attended probably remember his plenary talk on the Mývatn research at the Seaduck conference in Reykjavík in 2014.

May he rest in peace,

A tribute to Evgeny Syroechkovsky