In recent years, Chaun Delta was characterized by a high density of nesting Bewick’s Swans that was likely related to regional climatic warming (Solovyeva & Vatranyan 2014) and intensive feeding, both artificial and natural, of wintering swans in Japan. However, the peak of nest density occurred in 2012 (Figure 1) and by 2017, the density had halved. 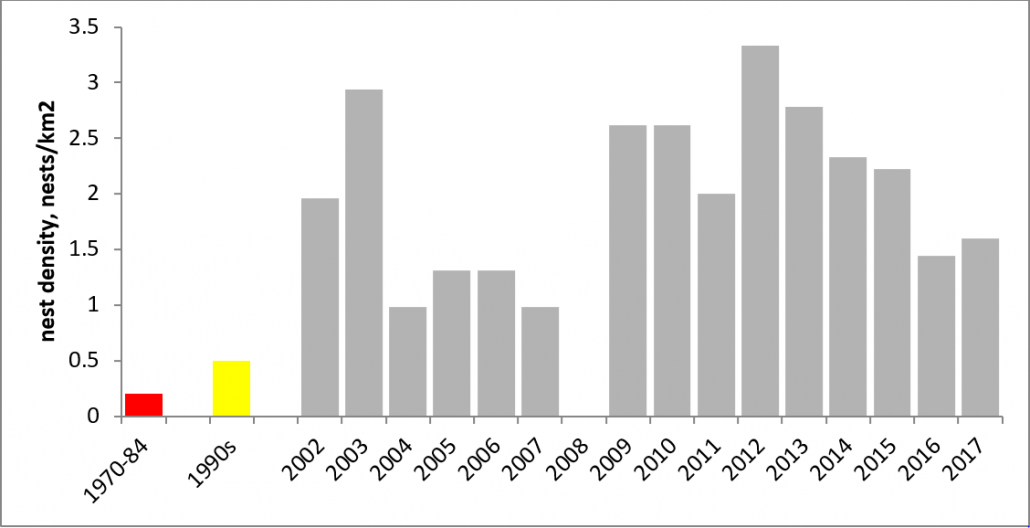 During 2003-2017 we documented clutch and brood sizes and nest density and during 2008-2017 we also collected information on nest and hatching success. Changes in pair behavior, such as the skipping of reproduction, reduced nest attendance following human disturbance, and reduction of egg hatching success, were probably contributing to the population decline. Both mechanisms are likely to have a delayed effect on population size and thus we can expect to see a reduction in the proportion of juveniles on their wintering grounds and associated population decline later. The project will be continued for another 3-5 years to document this anticipated decline. 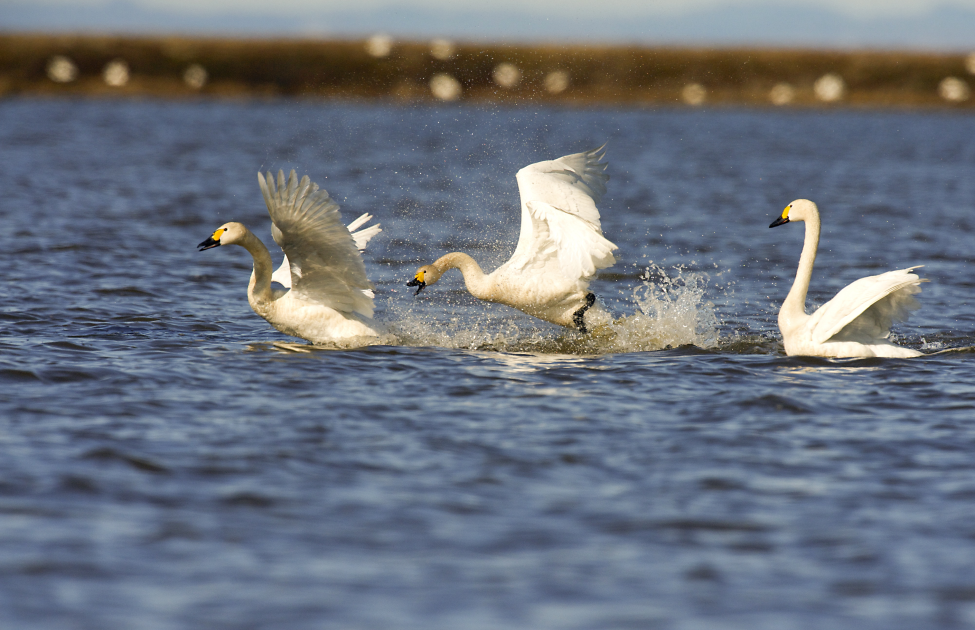 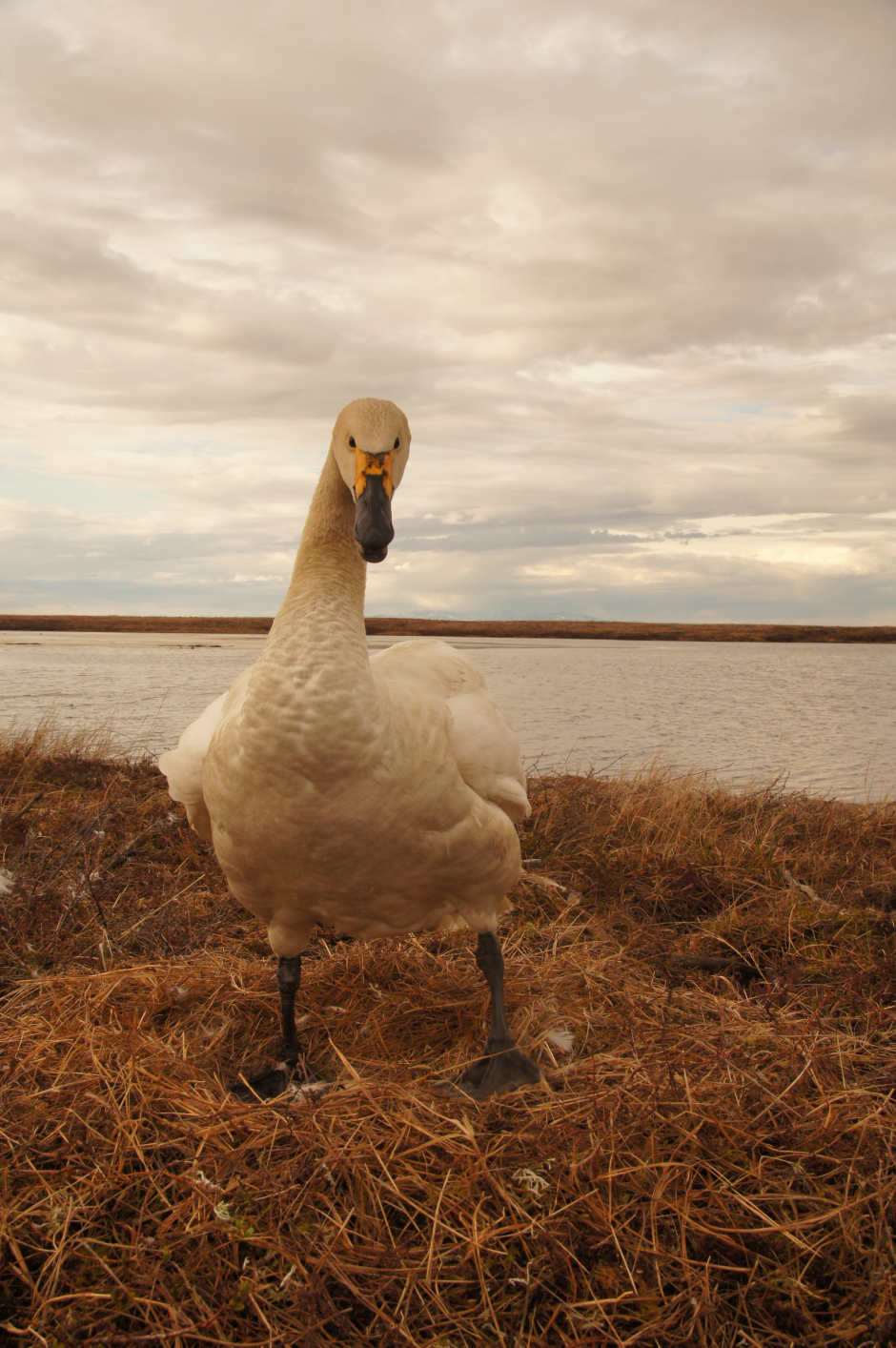 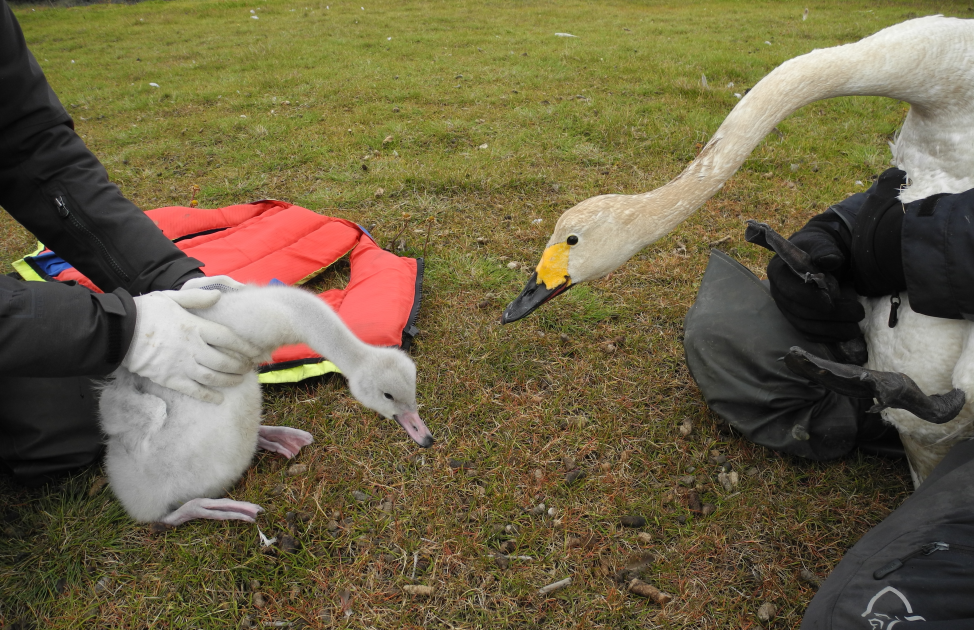