The odyssey of the Bewick’s Swan – another route to Greece

After almost 20 years of surveying the impressive increase in the number of Bewick’s Swans wintering on the Evros Delta (Greece), from a first observation of 25 birds in February 1997 to a peak at 8,400 individuals during February 2016, there is much puzzlement about their breeding grounds and migration route. Tracking the migration of Bewick’s Swans tagged with GPS-GSM loggers (made by ECOTONE) on the Yamal Peninsula in arctic Russia in 2015, has given us (at least a part of) the answer! Yet the incredible spread of the wintering areas used by the tagged birds has raised even more questions. Amazingly, Bewick’s Swans caught and tagged at the same time and location on the Yamal Peninsula were tracked down up to the Evros Delta (one individual), the Volga Delta in North Caspian Sea, Russia and Kazakhstan (one individual) and to Poyang Lake in China (three individuals, joined at the same site by another two neck-banded birds). A mere 8,000 km separates the Evros Delta from Poyang Lake! Moreover, a Whooper Swan caught and neck-banded “incidentally” in the same Yamal flock was spotted all winter close to Hamburg (Germany), at a site equidistance between the Baltic and the North Sea. 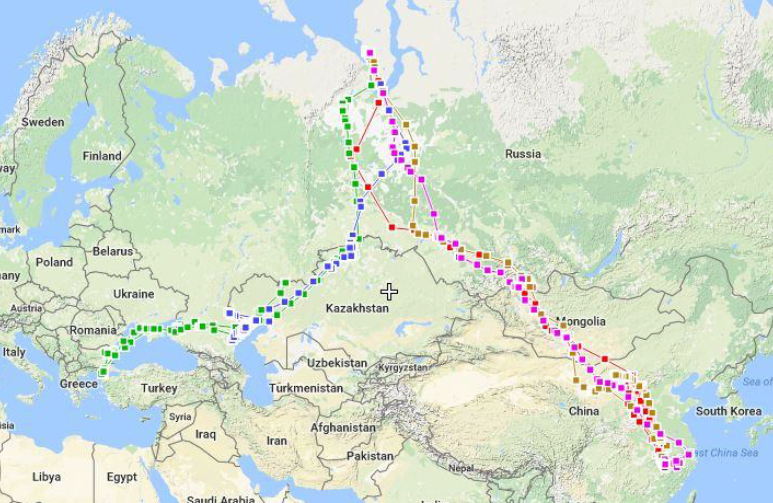 The GPS-tagged birds should now be back on the breeding grounds, for summer 2016. One of those wintering in China was last located just 150 km from the southern limit of the Yamal Peninsula’s tundra habitat on 20th May. The three others swans whose tags were still transmitting were last recorded 350–600 km from the Yamal’s tundra region in early May (Figure 1). No news has been received since then because the tracking devices download data via the GSM network, which is very poorly developed or non-existent in the remote arctic areas, so further information is unlikely to be available until the swans migrate south in autumn.

It is possible to follow their movements live here:

More tagging and neck-banding of Bewick’s Swans on the Yamal Peninsula is now being planned for the next breeding season.

The programme “The odyssey of the Bewick’s Swan – another route to Greece” is an initiative of the Severtsov Institute for Ecology and Evolution (Moscow) and the Royal Belgian Institute of Natural Sciences (Brussels), in partnership with the Greek Forest Research Institute, the Evros Delta National Park Management Authority and the Goose, Swan and Duck Study Group of Northern Eurasia. 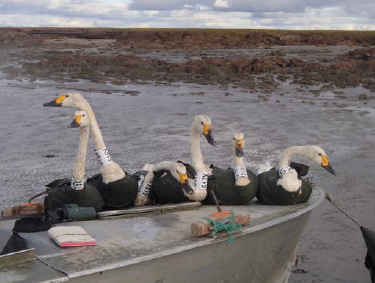